The Friends of the Scottsdale Public Library is governed by the Board of Directors, a group of dedicated community leaders who serve as volunteers.

Bradd Brown is a retired Architect with 30 years of experience, specializing in designing Public Libraries and Higher Education facilities. During his career he has designed libraries throughout the Midwest and has given presentations and workshops on trends in library design at State and National conferences. Seeing the impact a library can have on a community convinced him of the importance of public libraries and the role they play in vibrant communities.

Bradd and his wife, Janan relocated to Arizona in 2018 and enjoy hiking, biking, golfing, tennis, and traveling through the southwest and abroad.

Peggy Sharp Chamberlain, Ph. D., a former university professor in educational technology and librarianship, has been an elementary school librarian, an educator of students becoming library professionals, and an international consultant in children’s literature. She was on the Scottsdale Library Board for six years.

Peggy has been active in the Scottsdale community since moving to Arizona in 2007. In addition to being a Scottsdale Ambassador, she is a master steward in the McDowell Sonoran Conservancy which is dedicated to protecting and promoting the McDowell Sonoran Preserve, and has been active in her neighborhood association. She is most interested in preserving Scottsdale as a city that provides the services and community that people love. A library is a significant part of such a community.

Ashish Chopra has more than two decades of experience in consulting, where he has performed CIO and COO roles for various Fortune 500 clients, leading them to merger & acquisition, process re-engineering, and organizational transformation. Additionally he also started his own business and lead consulting firm to develop new product and platforms for fortune-500 clients.

Based in Scottsdale, Ashish is involved in the community-led Scottsdale Leadership program where he partnered with community leaders to build a day care for foster kids. He actively supports the Make-A-Wish organization and Arizona Helping Hands.

Ashish and his wife Nisha relocated to Arizona in 2009. He enjoys travelling, playing tennis, participating in half-marathons, and hiking in West Coast National Parks. He plans to hike the Himalayan base camp in 2021. 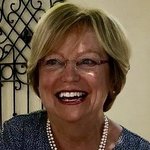 Carol Damaso’s career in library services spanned 28 years until her retirement as the Library Director for the Scottsdale Public Library in 2014. Her experience included library services to children, library branch management and library system administrative management. She earned a BA from Saint Mary’s College, Notre Dame, IN and an MALS from the University of Michigan.

During her tenure with the City of Scottsdale, the Scottsdale Public Library issued Carol the Hall of Fame award, and twice she received the Scottsdale City Manager’s Award for Excellence. Carol is a staunch supporter of community libraries and continues to promote their services.

Jenny Fasolino is a supply chain software professional with over 20 years’ experience in retail buying, software consulting, product design, and global operations. She is an avid library patron visiting her local library with her two sons on a weekly basis.

In addition to volunteering at her children’s school, local scouts, and soccer league, she pursues professional growth in attending various tech conferences and pursuing speaking engagements to share valuable project experiences. She believes in continuous learning, the importance of higher education, and the value of knowledge sharing as life-long pursuits. 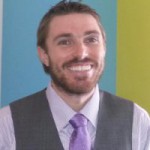 Trey Granger has lived in the Phoenix area since 2007. His professional experience is in corporate cause marketing and public relations, partnering for-profit companies with cause-based organizations for mutually beneficial relationships. He also brings experience in website/content development and database management.

He also volunteers for the Museum of Science & Sustainability.

Kelly LoCascio is the owner of LoCascio Law Firm in Scottsdale, Arizona. She holds a Bachelor of Arts degree from the University of Nebraska – Lincoln and a Juris Doctorate from UIC John Marshall Law School in Chicago.

As former General Counsel and CEO for prominent air ambulance companies, Kelly specializes her legal practice in air ambulance needs. Giving back to her community is important. Kelly volunteered for seven years on the Committee on Examinations for the Supreme Court of Arizona and is currently a member of the Wishmakers Council for Make-A-Wish.

Over the years Kelly has been featured in the Arizona Business Journal, Arizona Woman, and Phoenix Magazine and was named tenants’ rights attorney of the year and one of the top 50 pro bono attorneys in Arizona.

Outside of work and volunteering, Kelly enjoys spending time with her two children.

Jo-Ann Mullen has always loved libraries, previously volunteering in numerous leadership library positions in Colorado. She has also developed reading guides for three publishers and worked with authors to set up conferences.

Originally from the East Coast, Jo-Ann was an Arizona winter resident for many years before moving here full time in 2019. In her spare time, she enjoys reading, playing mah jongg, and walking. She also works Spring Training games in Scottsdale. 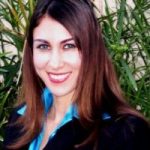 Sheila Nazari is a writer, speaker and consultant who has always had a passion for reading and storytelling. She has written for websites including Jobing.com and HRJobs.org, and is currently in the process of publishing her own book.

Sheila also has over 10 years experience in human resources and employee training. She is originally from North Dakota.

Denise Pulk works in the non-profit sector and is currently the Senior Program Manager with the Scottsdale Charros. She has worked for this local organization since 2014. She is also an avid volunteer, currently Vice-Chairwoman for the City of Scottsdale’s Veterans Advisory Commission and volunteer at Scottsdale’s Cicero Preparatory Academy. Her previous experience includes three years with the Police Officers of Scottsdale Association (POSA) Community Outreach Advisory Board, and four years serving with the US Navy. She is a graduate of Scottsdale Leadership’s Class XXIII.

The first thing Denise did upon moving to Scottsdale was apply for a Library card, and she’s passed this love of reading on to her two children. Her son Michael volunteered at Civic Center Library for over four years as a Summer Reading Buddy, and served on the Knowasis Teen Advisory Board for two plus years.

Douglas Sydnor, FAIA, is the Founding Principal at Douglas Sydnor Architect + Associates, a Scottsdale-based architectural firm founded in 1993. He has practiced exclusively in Arizona for over 40 years, completed 225 commissions; and his architecture has received numerous design awards and published extensively.

Zach Tudor is a healthcare administrator in Scottsdale with experience in project management, marketing, and operations. He has a passion for applying his skills to increase access to valuable public services with the goal of impacting the lives and community around him.

Zach is also a member of the Scottsdale Chamber of Commerce and avid participant in Phoenix sports leagues. Zach is a proud alumnus of Purdue University and the University of Arizona, where he earned a Bachelor’s in Industrial Technology and Master’s in Business Administration, respectively. 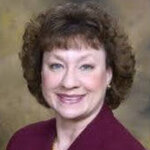 Anna Unterberger is a retired attorney who practiced law in Arizona for 35 years. This included clerking for a Justice on the Arizona Supreme Court, serving as Assistant Attorney General in the Antitrust Division of the Arizona Attorney General’s Office, and as Deputy Public Defender with the Maricopa County Public Defender’s Office. She holds a Bachelor of Arts in Psychology and Political Science from Rice University in Houston, and a Juris Doctorate from the University of Arizona College of Law in Tucson.

Anna was born in Phoenix, and she has been a Scottsdale resident since 1960. Her family has been in Arizona for five generations. Her first volunteer position was working at the newly-opened Scottsdale Civic Center Library, where she spent the summer shelving books and helping to update the card catalogue. 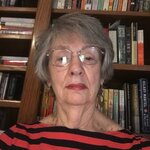 Mary Wilber has worked for several public libraries and she retired from the Scottsdale Public Library System where she worked as a reference librarian. She also served two terms on the Scottsdale Library Board, including one year as president. Mary has also served on library boards in Illinois and Texas.

She currently volunteers at the McClelland Library at the Irish Cultural Center in Phoenix. She also co-coordinates the library’s book discussion which focuses on Irish writers and Irish literature. 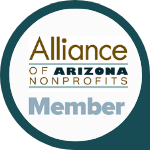